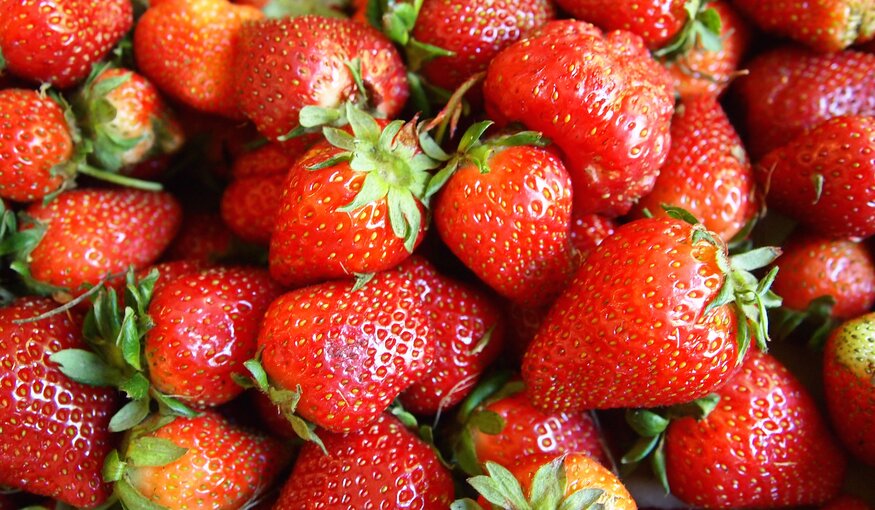 This year your strawberries could be as white as the cream poured over them, after a new variety went on sale today.

The pineberry is said to combine the shape and texture of a strawberry with a flavour and smell closer to that of a pineapple.

When the fruit is sweet and juicy enough to eat, the flesh is almost totally white but studded with red seeds - the reverse of the usual variety.

British shoppers got a brief taste of strawberry diversity in 2010 when a supermarket rolled out a striking new fruit with swapped colors and a pineapple flavor. Unveiled on April 1st, the South American ‘pineberry’ was first received as an April Fool’s joke. In fact it did appear on shelves, but not for long. In the end, most customers just want their strawberries big, red and tasting like strawberries.

This familiar garden strawberry, Fragaria x ananassa, originated as an accidental hybrid between North and South American species in a botanical garden in Amsterdam in 1750. As crop species go, it is very young and has a shallow genepool. Yet the strawberry genus as a whole contains more than 20 species, most of which are wild but still produce tasty berries. Cultivated varieties have also been diverse in the past: American plant catalogs from the 1870s compared the different flavors to apple, apricot, cherry, grape, mulberry, raspberry and yes, even pineapple. Alas, the demands of commercialization have ensured that, aside from the odd supermarket gimmick, these are seldom seen or tasted today.

Supermarket customers may be picky, but fortunately genebanks are anything but. There are many rich strawberry collections, and they’re as widely dispersed as the species themselves: 27 countries and two international networks maintain more than 12,000 accessions in about 57 locations. The goal isn’t just to save this delicious botanical legacy for its own value, but also to conserve and identify traits that can be used to invigorate commercial varieties against problems like pests, drought and cold.

In this, genebanks face off against the encroachment of human development that threatens wild strawberries and traditional landraces. Supporting a united effort to secure the world’s juiciest diversity, the Crop Trust surveyed the experts in all 27 genebank-hosting countries to create the first Global Conservation Strategy for Strawberry. With its partners in the Adapting Agriculture to Climate Change: Collecting, Protecting, and Preparing Crop Wild Relatives project, it then assessed 17 wild species to map out gaps in conservation where future collecting is required. While food fads come and go, these genebanks will ensure that the sweet diversity of strawberries is around forever.