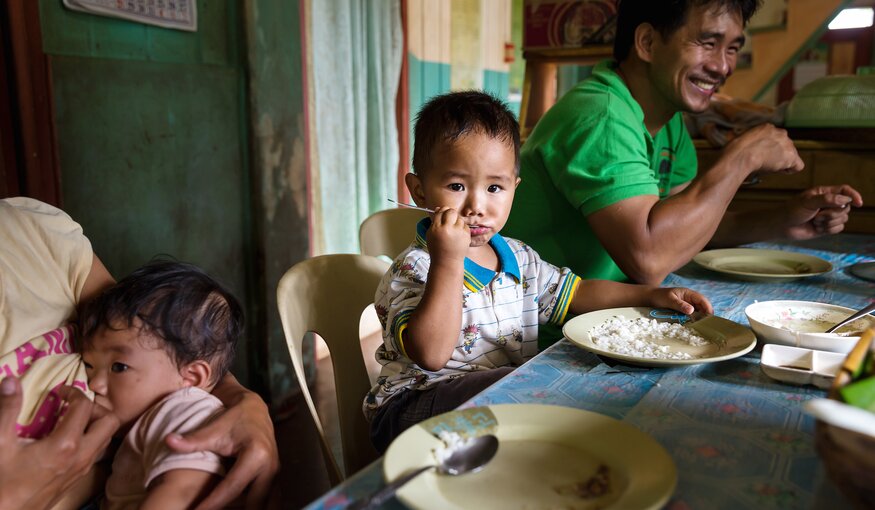 Rice is the most frequently cooked and eaten grain on the planet, with well over a billion cooks bringing a pot to boil every day. It’s a very simple recipe, as grains go. But what would happen if it was a little bit faster?

On a global scale, quite a lot: saving four minutes of cooking time per pot would add up to more than 10,000 years daily – quenching a 10,000-year fire that is largely fueled by wood, coal, gas and oil. The implications for energy resources, carbon emissions and climate change would be significant. And scientists believe that such a worldwide recipe tweak is possible, through smart use of rice diversity. 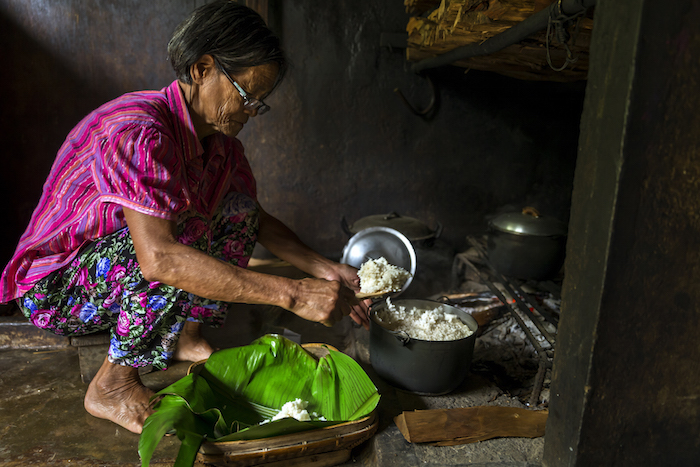 Farmer Ana Dulnuan-Habbiling cooks a pot of rice from a traditional landrace she grows on the 2,000-year-old Banaue Rice Terraces in the Philippines. (Photo by Brent Stirton/Reportage by Getty Images for the Crop Trust)

A grain of rice is a bit like a gemstone: it’s precious, in its own way, and at the molecular level it’s made out of crystals. The starch locked up in its rigid structure only becomes edible when the heat from boiling water or steam soaks into the heart of the grain, melting the crystalline lattice into something soft and delicious. This crucial bit of chemistry is known as gelatinization, and the temperature at which it kicks off determines how long a pot of rice needs to sit on the stove before dinner is served.

In 2002, when researchers harvested 63 different varieties of Chinese rice from the same field, they found that the gelatinization temperatures varied from a mild 65°C to a roaring 83°C. This is typical of the variation found between the many thousands of different types of rice around the world.

It is now known that a key part of the variation is due to a single gene called starch synthase IIa (SSlla). Rice breeders believe that the discovery of this gene will allow them to breed new rice varieties that will be ready to eat up to four minutes quicker. 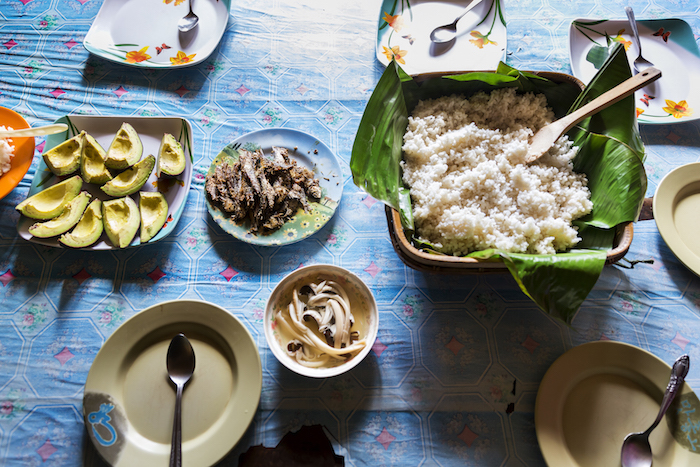 Lunch in the Philippines. A study of 30 traditional brown rice types in the Philippines found significant variation in cooking times, ranging from under 17 minutes to almost 37. (Photo by Brent Stirton/Reportage by Getty Images for the Crop Trust)

Coincidentally, 10,000 years is about how long rice farmers have been working on the problem of cooking time. A recent genetic study of 122 cultivated rice types and 199 wild relatives, gathered from ancient rice-growing regions of China and from around the world, found many variations in the SSlla gene. Mutations that lead to quicker cooking times were found in some wild rice, but were more common in cultivated varieties, suggesting that ancient farmers found and favored the quick-cooking traits early on when domesticating the crop.

These prehistoric breeders were probably not motivated by worries about carbon emissions, but by limited supplies of firewood – which is just as much a concern for many resource-poor households today.

This is only one of many differences in grain quality that researchers are seeking out, each with its own implications for climate, livelihoods or diets.

“What IRRI is looking for in the genebank material is missing links: important sources of novel genes influencing milling quality, cooking quality, and healthier traits such as low glycemic index and high iron and zinc content,” says Dr. Sreenivasulu.

These are in addition to other traits that make rice plants more climate-resilient in the field, like the ability to survive droughts and floods. The “missing links” to introduce these traits might turn up anywhere in collections of rice diversity.

IRRI is one of the international genebanks safeguarding the largest of these collections, and along with the Africa Rice Center and its key collection of African rice types, it plays a special role in rice conservation.

The diversity held in these genebanks is available to anyone, anywhere, and it will remain so forever.

“The Crop Trust was created as a long-term funding mechanism to ensure that these global collections and others like them will be conserved in perpetuity,” says Executive Director, Marie Haga. “This is what allows breeders to carry on the hunt for better, healthier, quicker-cooking rice that began 10,000 years ago.”

“There are so many challenges facing farmers today, whether drought, heat, extreme weather, diseases, pests, or simply new demands from the people who buy and eat their harvest. Without the entire breadth of the world’s shared crop diversity, they will not be able to adapt agriculture to challenges or to opportunities. That it what we at the Crop Trust, along with IRRI, and the other genebanks that we work with, are striving for: to preserve all of the diversity nature has given us.”