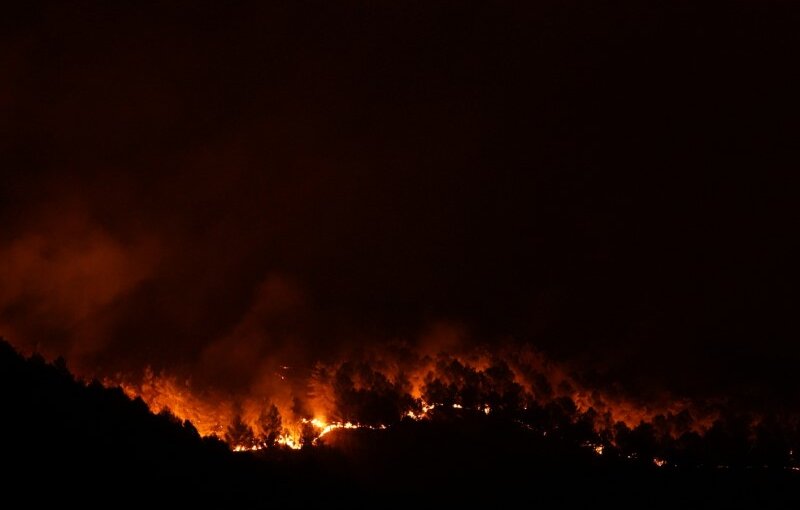 As I write this, fires rage in Greece and Turkey, provoked by drought and searing heat waves. During the last couple of months, parts of Canada and the United States have also been hit by deadly heat waves, drought and raging wildfires, with temperatures far exceeding 40° Celsius in some areas. Southern Madagascar is in the grip of the worst drought in decades, with more than a million people in desperate need of food. Meanwhile, recovery efforts continue here in western Germany and in Belgium, the Netherlands and also in parts of China to deal with the aftermath of recent catastrophic floods.

Reports from the communities affected by all this are striking, but so too is the picture painted by new data. In a rapid attribution analysis[1], a group of scientists from the US, Canada, UK, the Netherlands, France, Germany and Switzerland suggest that the North American heat wave “was virtually impossible without human-caused climate change.”

The scientists estimate that, given the current global temperature, such a heat wave is likely to happen only once every 1,000 years. But in a world warmed by just 2°C, similar heat waves could occur roughly every five to 10 years—and the maximum temperatures would be even more extreme.

As we struggle to overcome the devastating consequences of these extraordinary heat waves, fires, droughts and floods, it is clear that we are in a time of climate emergency. It may seem incongruous to consider such conflagrations and say that we must act now to strengthen the conservation of crop biodiversity. Don’t we have other, more pressing, priorities?

Let me explain why I think conserving crop diversity is an important piece of the puzzle for addressing the climate crisis.

The diversity of plants that exists in the wild, in farmers’ fields, and in genebanks offers the key genetic ingredients for developing crops that can better withstand extreme weather and a changing climate. More resilient crop varieties are needed to preserve yields and ensure an adequate food supply for generations to come. But as plant biodiversity continues to decline, we are losing the unique diversity that researchers and plant breeders need to develop better, more nutritious, climate-resilient varieties.

Although extreme weather events are only expected to become more common and severe as the effects of climate change continue, the United Nations Environment Programme’s latest Adaptation Gap Report reveals that national investments in climate adaptation are still severely lagging behind necessary levels.

As my colleagues and I at the Crop Trust explain in a new brief for the United Nations Food Systems Summit, the same can be said about  efforts to conserve crop diversity. Against the backdrop of these dual crises of climate change and biodiversity loss, significantly more investments are needed to safeguard plant diversity. Our future food security depends on the commitments we make today.

Although there are 130 genebanks worldwide that hold more than 10,000 crop diversity samples each, many of them struggle to conserve their collections because of insufficient support.

In our brief, we offer several recommendations to help strengthen the global system of ex situ plant conservation.

First, we call for improving how genebank data are managed and shared. Data about the plant diversity held in genebanks make it possible to know what exactly is being conserved and whether it is available for use by plant breeders, researchers and farmers.

We also recommend investing in cryopreservation as a technique that allows for more reliable conservation of plants, such as bananas, potatoes and coffee, that are difficult to conserve as seeds.

Finally, we call for the adoption of innovative funding approaches to provide long-term support and enhance the work of genebanks globally.

There are many reasons to support the global system of ex situ conservation. These institutions provide farmers, researchers and plant breeders with access to high-quality plant samples that are free of pests and disease. They serve as a “safety net” for humanity, ensuring that the genetic diversity they hold will not be lost, even in the face of disasters.

Our climate is changing and unless we drastically change our relationship with nature, we will struggle to prevent further disasters like the ones we’ve experienced this year. Regardless of how successful we are at preventing further warming, what we can do is make sure the crops we rely upon to sustain ourselves are protected.

Won’t you join us now in acting to prevent further, irreversible losses of our global crop biodiversity?