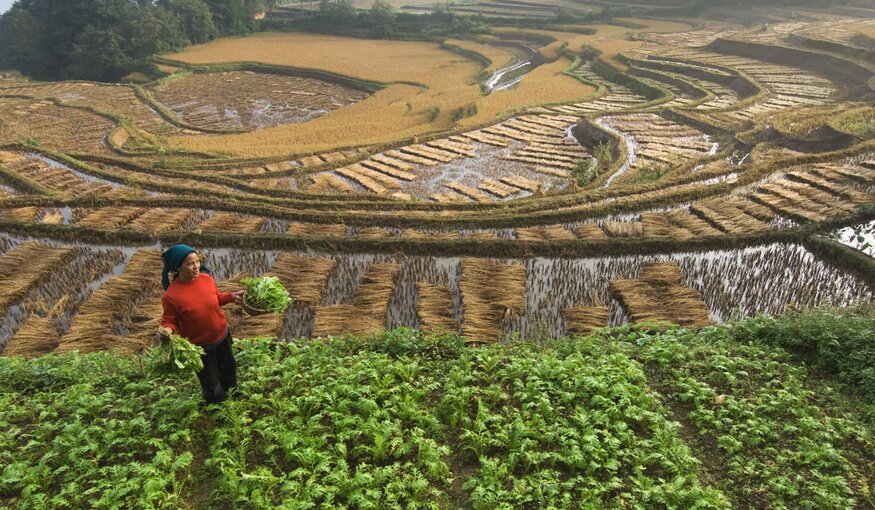 It is often said that in the midst of every crisis lies great opportunity. These insightful words apply to the predicament in which the world finds itself today as climate change and biodiversity loss threaten human lives and the survival of ecosystems and species.

It is also fitting that this aphorism is usually attributed to a scientist: Albert Einstein. After all, science serves as both the clinical thermometer that gathers the data we need, and the laboratory that searches for the right medicine to fight the fever.

The effects of our warming planet are prompting increased awareness of nature’s plight as they amplify social inequities across the globe.

But amidst this great upheaval are signs that positive change remains possible and that the global community can continue to work together to build back better.

Today is Earth Day, marking a global movement with the mission to restore our environment. It’s also the first day of the Leaders Summit on Climate, an event to push for stronger climate action ahead of the United Nations Climate Change Conference (COP26) in November.

This summit is taking place after one of the most potent political forces in the world has re-engaged with the collective effort to avert and address the climate crisis. The United States rejoining the Paris Agreement in January, bolstering international efforts to limit global warming to less than 2 degrees Celsius this century, is a powerful signal to the rest of the world that this is a battle that is not yet lost.

The Paris Agreement, adopted by 196 Parties at COP21 in December 2015, marked an important milestone in global cooperation, uniting nations to take ambitious steps, together, against climate change.

The Crop Trust welcomes the opportunity to support these renewed efforts to collaborate on climate change. Strengthening the global climate agenda is a critical aspect of the Crop Trust’s mission to safeguard our crop diversity in perpetuity. The changing climate poses an enormous threat to biodiversity, putting us in a race against time to collect and conserve it before it’s lost forever.

Underpinning this work is global cooperation. We interact on a daily basis with a wide network of scientists and other partners. All of our work—including the CGIAR Genebank Platform, the Crop Wild Relatives Project, the Global Crop Conservation Strategies, the Food Forever Initiative, Seeds for Resilience, and the Svalbard Global Seed Vault—entails interaction with partners all over the world and contributes to the United Nations Sustainable Development Goal of achieving zero hunger by 2030.

Without this international commitment from people and organizations dedicated to science-based knowledge, our mission of conserving crop genetic diversity for global food security would be inconceivable.

If we are to meet the challenge of feeding a world population that is expected to reach almost 10 billion by 2050, farmers and crop breeders need to have a diverse range of seeds at their disposal. Seeds make it possible to innovate and adapt to the climatic conditions of the future. It is important that governments and leaders of all nations recognize the urgency and significance of this work. Like climate change, food security affects everyone, everywhere.

The current crisis has opened our eyes to the interconnectedness of our world, and it is now up to us to seize this moment of renewed political momentum to unite to solve the world’s most pressing challenges and improve the lives of future generations.

By following the science, and working together, we can mitigate and adapt to climate change, restore biodiversity and make our food systems more resilient—for everyone.

The opinions expressed here are those of the authors and do not necessarily reflect the opinions or views of the Crop Trust. The Crop Trust is committed to publishing a diversity of opinions on crop diversity conservation and use.