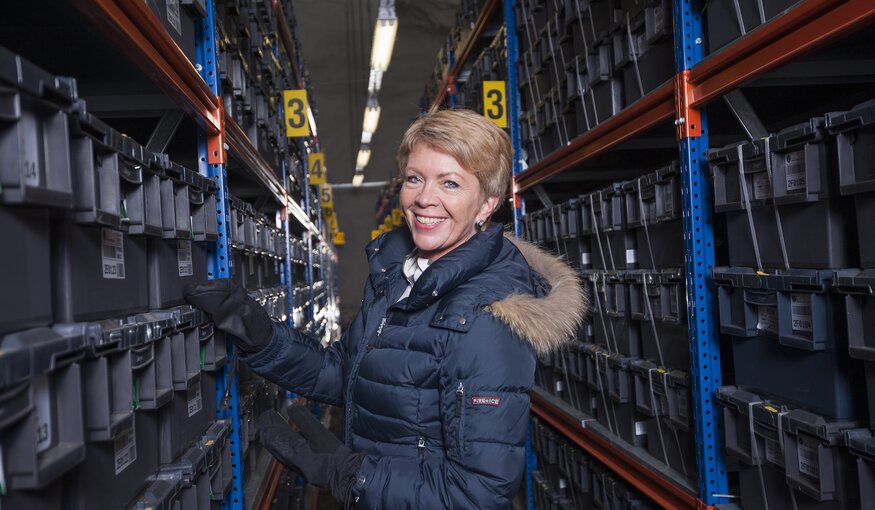 ROME, ITALY (18 October 2012)—The Global Crop Diversity Trust announced today the appointment of Marie Haga as its next Executive Director. The Crop Trust works to guarantee the conservation of crop diversity, which is the raw material that underpins all agriculture and the world’s future food supplies.

Ms. Haga knows the Trust well—she has served on the executive board since 2010, and was scheduled to take the post of chair of the board at the beginning of 2013.

“I am delighted to be joining the Trust as its next Executive Director,” Haga said. “I have enjoyed serving on the Board, and fully understand the challenges and opportunities that lie before us. In the next few years we have the chance to complete a dream—to secure, forever, arguably the world’s most valuable natural resource. I feel privileged to have the chance to work on such an inspirational and timely goal.”

“We are very grateful to outgoing Executive Director Cary Fowler for the Trust’s historic achievements during his tenure. We are thus fortunate, and greatly pleased, to have recruited an exceptional leader and manager as his successor. Moreover, by turning to a serving Board member, we will ensure consistency and a smooth transition,” said Margaret Catley-Carlson, current chair of the Trust’s Board.

In addition to its work to manage and conserve crop diversity in collections around the world, the Trust is providing support for the ongoing operations of the Svalbard Global Seed Vault—a fail-safe seed storage facility located deep inside a mountain on a remote island in the Svalbard archipelago in the Arctic Circle.

A Norwegian citizen, Ms. Haga spent the first part of her career in the diplomatic service, holding senior positions in the Norwegian embassies in New York and New Delhi, before moving full time into politics. Ms. Haga has held three ministerial positions in Norway: Minister of Cultural Affairs from 1999-2000, Minister of local government and regional development from 2005-2007, and Minister of Petroleum and Energy from 2007-2008. She was chairman of the Centre Party, often referred to as the Farmers’ Party, from 2003-2008.

Cary Fowler, outgoing Executive Director, welcomed the appointment. “Åslaug Haga has been a committed and highly effective member of the Board, and it is a great pleasure to hand over the Trust’s top job to her; she is the ideal person to take the organization into the next stage of its development. I have enjoyed working with Åslaug over the last three years and I now look forward to supporting her in my new role as special advisor.”

Ms. Haga brings a wealth of senior management experience and international political expertise to this role. She is also the head of the governing Board of the Norwegian Institute for Nature Research, and a former Director of Renewable Energy of the Federation of Norwegian Industries. She currently serves as Secretary General of the Norwegian Air Ambulance Foundation, the biggest voluntary organization in Norway.

Marie Haga will take up her position early in 2013.