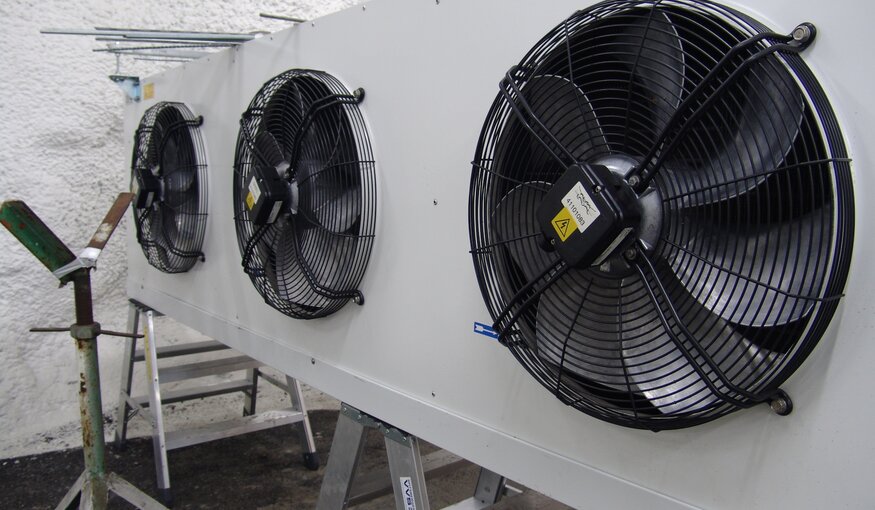 LONGYEARBYEN, NORWAY (16 NOVEMBER 2007)—Refrigeration units began pumping chilly air deep into an Arctic mountain cavern today, launching the innovative and critical “cooling down” phase of the Svalbard Global Seed Vault in advance of its official opening early next year as a fail-safe repository of the world’s vital food crops. Svalbard is now three days into the three-month “Polar Night” period when there is 24 hours of complete darkness.

Engineers working for the government of Norway, which is building the facility on the Svalbard archipelago, launched the cooling operation that, over the next two months, will bring the temperature of the sandstone rock surrounding the seed vault from its current -5 degrees Celsius (23 degrees Fahrenheit), to -18 degrees Celsius (about 0 degrees Fahrenheit). The vault is to be officially opened 26 February 2008.

“It’s very satisfying to see the vault evolve from a bold concept to an impressive facility that has everything we need to protect crop biodiversity,” said Mr. Terje Riis-Johansen, Norway’s Minister of Agriculture and Food.

“The seed vault is the perfect place for keeping seeds safe for centuries,” said Cary Fowler, Executive Director of the Rome-based Global Crop Diversity Trust, which has partnered with Norway and the Nordic Gene Bank on the establishment of the vault. “At these temperatures, seeds for important crops like wheat, barley and peas can last for up to 10,000 years.”

With its capacity to hold up to 4.5 million seed samples, the vault will eventually house virtually every variety of almost every important food crop in the world. The vast collection is intended as a hedge against disaster so that food production can be restarted anywhere on the planet should it be threatened by a regional or global catastrophe. Thus, it is critical that the vault have the technical capability to keep seeds cool and viable for a long period of time.

“We ran a lot of computer simulations to determine the optimum approach and believe we have found a very effective and especially energy efficient way to establish reliably cool conditions inside the vault,” said project manager Magnus Bredeli Tveiten with Statsbygg, the Norwegian government’s Directorate of Public Construction. “We believe the design of the facility will ensure that the seeds will stay well-preserved even if such forces as global warming raise temperatures outside the facility.”

Engineers are essentially using rock as a “cold store,” he said, an approach that has become popular on the Norwegian mainland as a way to establish energy efficient refrigeration systems. To do this, workers recently brought in a temporary 30 kilowatt refrigeration system from the mainland. They are using it to establish an -18 degree temperature approximately 10 meters deep into the sandstone surrounding the vault. The vault sits at the end of a 120 meter tunnel blasted in a mountain near the town of Longyearbyen on the island of Spitsbergen.

Tveiten said past experience has shown that the rock should stay sufficiently cold over a long period of time to allow a -18 C temperature in the vault to be maintained by a smaller, permanent 10 kilowatt system. He said the long-term cooling process also is aided by the natural permafrost in the area and the snow and ice that covers the mountain for much of the year—all of which ensure that the rock stays at least at -4 C.

As engineers move quickly to complete the mechanics of the operation, Tveiten said Norwegian officials also are advancing rapidly to ensure that the vault’s aesthetic features are as impressive as its technical qualities.

Norway requires setting aside at least one percent of public building budgets for artwork. To comply with this mandate, Statsbygg recently approved the design of a large, sparkling metallic sculpture by the Norwegian artist Dyveke Sanne that will be incorporated into the mountain-side entrance portal of the vault, making it visible from miles around.

The installation utilizes multiple pieces of highly polished sheet metal installed along the roof and front of the portal to serve as reflectors. They are placed so they will sparkle in the Arctic “midnight sun” of the summer months, and will make use of fibre-optics for lighting during the long Arctic winters.

“We really want this facility to inspire, to stand out as a highly visible monument to the often obscure but very important mission of conserving humanity’s agriculture heritage,” said Mr. Terje Riis-Johansen.