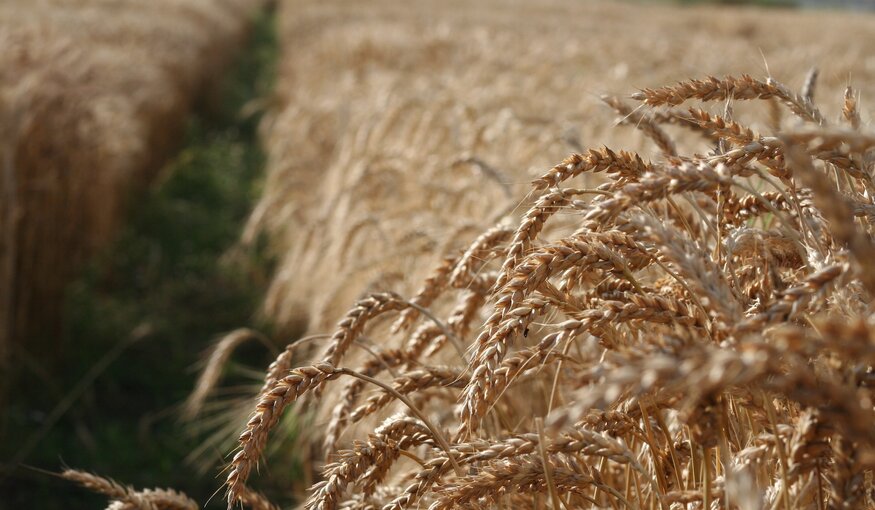 ROME, ITALY (19 April 2007)—Recognizing that the fight against hunger cannot be won without securing fast-disappearing crop biodiversity, the Global Crop Diversity Trust and its partner the United Nations Foundation announced today a joint initiative to safeguard 21 of the world’s most critical food crops through securing their seeds.

The Bill and Melinda Gates Foundation is funding the initiative with a USD 37.5 million grant, the largest crop biodiversity preservation grant ever made, which includes USD 7.5 million in matching funds from the government of Norway. Among the crops covered are many “orphan crops” – crops particularly important to the poor but largely neglected by modern plant breeding, despite the need for high- yielding, nutritious varieties.

“This initiative will rescue the most globally important developing-country collections of the world’s 21 most important food crops,” said Cary Fowler, Director of the Trust. “It will secure at-risk collections in poor countries and document their astonishing diversity, making it available to meet the food needs of the poor.” The initiative will also help bolster implementation of the new Food and Agriculture Organization of the United Nations (FAO) International Treaty on Plant Genetic Resources.

The unprecedented effort will secure over 95 percent of the endangered crop diversity held in developing country genebanks, many of which are under-funded and in disrepair. In addition, it will fund a comprehensive global information system that will allow plant breeders everywhere to search genebanks worldwide for traits needed to combat new diseases and cope with climate change.

“Our effort to help hundreds of millions of small farmers and their families overcome poverty and hunger rests in part on food security,” said Sylvia Mathews Burwell, President of the Gates Foundation’s Global Development Program. “But there can be no food security without first securing the basis of our food production – the genetic diversity of every crop, in particular those most important to the poor that unfortunately are neglected by modern plant breeding. We invite others to join us in securing this resource of immeasurable value.”

“By providing access to crop genetic information, plant breeders across Africa may be able to adapt their crops to varieties that will grow in different climate conditions. Investing in this future may help stave off potential catastrophic damage to some agricultural systems due to climate change. Not only will this partnership combat hunger and protect crop diversity, but it also helps nations prepare for the impacts of climate change,” said Timothy E. Wirth, president of the United Nations Foundation.

The genetic diversity found within each crop is the raw material that enables plant breeders and farmers to develop higher yielding, more nutritious, and stress-resistant varieties. It is also the cornerstone of successful adaptation to climate change, providing the raw material for new “climate-ready” crop varieties. But much of this diversity, held in developing country gene banks, is threatened by decades of under-funding and neglect, as well as by wars and natural disasters.

“It is virtually impossible to exaggerate the importance of crop diversity. It is a vital part of the solution to many of the world’s great challenges, from environmental conservation to climate change and food security,” said Norway’s Minister of International Development Erik Solheim. “Put simply, crop diversity allows us to grow food, and this partnership with the Gates Foundation provides an opportunity to meet a host of food security challenges far into the future.”

Among the 21 priority crops covered by the Gates-funded initiative are many “orphan crops.” Particularly important to the poor, these crops have been largely bypassed by modern plant breeding, despite the need for high-yielding, nutritious varieties. Some orphan crops, such as yam, cannot be grown from seeds, but need to be cultivated from cuttings, roots, or cell cultures, making their conservation more complex and expensive.

Therefore, the grant will finance research into inexpensive conservation techniques for such crops, including cassava, potato, sweet potato, yam, taro and coconut. These new technologies are expected to reduce conservation costs by 75 percent and improve the security of collections of such crops.

The initiative will also transform communications for plant-breeders and farmers around the world. It will fund an information system that will include 4,000,000 samples of more than 2,000 species of more than 150 crops—amounting to 85 percent of the diversity of all agricultural crops. The initiative will fund development of a state-of-the-art genebank management software system, enter at least 100,000 new samples into the database, and evaluate at least 50 priority collections for 100 different traits—thus uncovering hidden genetic resources.

“This is the largest grant to support crop diversity ever made. We can now foresee a time when orphan crops have secure homes, and when plant breeders across Africa have access to the same crop genetic information as do their counterparts in Europe and North America,” Fowler said.

The new initiative also ensures that developing countries and international agricultural research centers will be able to send at least 450,000 distinct seed samples to the Svalbard Global Seed Vault. Carved into the Arctic permafrost in Svalbard, Norway, this depository of last resort for agricultural diversity is scheduled to open in March 2008.

Finally, of the total grant, USD 15 million will go to the Crop Trust’s Crop Diversity Endowment Fund. Its proceeds will be used to maintain the collections of the 21 most important crops.

“Rescue and salvage operations are the beginning. The Trust’s endowment will ensure the health and availability of these collections in perpetuity,” Fowler said.

The Global Crop Diversity Trust is the only international organization with the global mandate of supporting the conservation and availability of crop diversity in perpetuity. It is building an endowment, the proceeds of which will ensure, forever, the conservation and use of the most important crops for human food security.