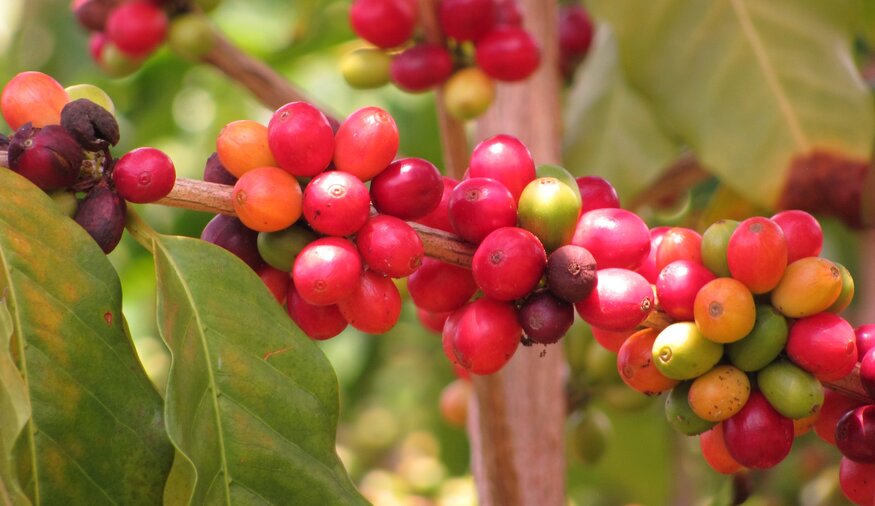 Coffee is consumed by more than a third of the world’s population. It has been a source of growth for many developing countries, providing over USD 19 billion annually in export earnings for coffee producing nations in 2012/2013. Global coffee production has grown steadily since the 1960s, topping 145 million bags in 2012/2013. The value of the total world market for coffee is estimated at over USD 173 billion by the International Coffee Organization.

Coffee plays a key role in the livelihoods of an estimated 125 million people,” said Dr. Sarada Krishnan, Director of Horticulture & Center for Global Initiatives at the Denver Botanic Gardens. “But coffee genetic resources are being lost at a rapid pace. Most of the main genebanks for coffee are in disrepair and its natural habitat is rapidly disappearing, leading to genetic erosion. Before it is too late, we need to address the preservation of these genetic resources through multi-national collaboration. The global coffee conservation strategy will be key in addressing these issues and providing a roadmap for the future sustainability of the crop and the livelihoods dependent on it.

Commercial coffee is derived from two main coffee species: Coffea arabica and Coffea canephora. Varieties used in the field today, especially those of C. arabica, have a very narrow genetic base. The lack of genetic diversity within the crop has left production vulnerable to diseases including Coffee Berry Borer, Coffee Berry Disease, Coffee Leaf Rust, and Fusarium Wilt. All of these diseases affect the production and quality of the coffee beans.

According to the International Coffee Organization, an epidemic of coffee leaf rust in 2012-2015 resulted in losses of roughly 18.2 million bags of coffee in Central America alone, costing USD 2.5 billion. The low harvests resulted in the loss of more than 1.7 million jobs.

The long-term success of coffee cultivation relies on the availability of genetic diversity. Without access to genetic variability, the coffee industry, both small farms and big farms alike, risks finding itself unable to cope with the challenges of climate change, new pests and diseases and ever-rising demand.

Your morning coffee depends on the genetic diversity needed to adapt the coffee plant to changing environments,” said Dr. Tim Schilling, Executive Director of World Coffee Research. “Without genetic diversity, coffee will not be able to withstand the numerous stresses that accompany climate change and that are happening right now. Every day that we don’t have a strategy in place for protecting that diversity is a day we are losing vital resources.

The global crop conservation strategy for coffee is an opportunity to review the history of the world’s coffee collections—stored in multiple field genebanks and in native forests around the world—and assess the challenges that coffee and its genetic resources face.

It is essential that a strategy not only review the status, accessibility, and vulnerability of the world’s coffee collections, but also address the priority actions needed to conserve the collections more effectively in the future,” said Ms. Marie Haga, Executive Director of the Crop Trust. “The global strategy should encourage the industry and interested parties across the globe to participate in ensuring that coffee is conserved for use in the long term.

The Global Conservation Strategy for Coffee will identify high priority actions that need to be taken and ensure commitment by the coffee community to invest in these actions, thereby securing the long-term conservation of globally available coffee through the Crop Trust’s Crop Diversity Endowment Fund.