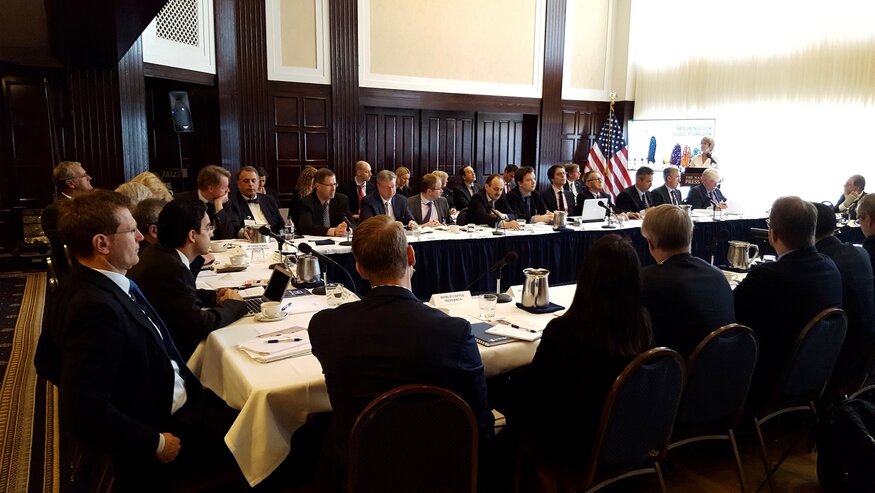 The meeting paved the way for doubling the Crop Trust Endowment Fund – reaching USD 300 million. In total half a billion dollars has been pledged towards the work of the Crop Trust, since its inception in 2004.

The Crop Trust works to conserve and make available the crop diversity that agriculture worldwide needs to adapt to new challenges, such as new pests and diseases, higher temperature, less water and soil degradation.

Governments and private sector at the Conference also committed to projects to collect and safeguard crop diversity. These included a major Norwegian contribution to support the Crop Wild Relatives Project, a global, 10-year endeavour to unlock the genetic potential of the wild relatives of our domesticated food crops. Japan, a first-time supporter, announced its support of a regional project that works towards unlocking the genetic potential of African rice.

Cooperation agreements were signed at the Conference with Brazil, Japan, Norway and DuPont Pioneer. Additionally, this week Ethiopia, Ghana and Chile also signed agreements with the Crop Trust.

The Crop Diversity Endowment Fund assures long-term, stable funding to genebanks around the world where seeds that hold the key to food security are safeguarded, and made available to scientists and farmers. New crop varieties are needed to meet the twin challenges of climate change and a global population set to increase by two billion in the next 25 years.

Participants at the event, including Keynote speaker Jan Eliasson, Deputy Secretary General of the United Nations, welcomed the important progress and called for even greater endeavors towards preserving crop diversity, as efforts are made to reach additional partners among governments, foundations and the private sector. Mr Eliasson stressed the danger of diminishing biodiversity, and how the stability of our food and agricultural systems will be severely tested in coming years.

The Crop Trust’s Executive Director, Marie Haga, celebrated the significant progress made, thanked all collaborators of the Crop Trust, and announced a year-long campaign to attract those partners that for various reasons were not ready to contribute at this stage to ensure crop diversity is conserved and available for those who most need it - plant breeders and farmers who feed the world. She also praised the private sector for stepping up.

The work of the Crop Trust is in line with the international commitments to the UN Sustainable Development Goals (SDGs), which, under Target 2.5, call for the protection of global crop diversity by 2020. The Crop Trust is the brain behind and a major partner to the Svalbard Global Seed Vault, which safeguards backups of the world’s seed collections deep in the Arctic.

Jan Eliasson, Deputy General of the United Nations, spoke at the event:

We owe it to future generations to provide them with the tools they will need for sustainable existence.

Today’s meeting marks a historic step towards this goal. International cooperation can protect the foundation of world agriculture and generate new crops for the survival of our children and grandchildren.

Seeds are miracles, but it takes no miracle to conserve them and make them available to farmers, breeders and scientists. We know how to do it. It is not even expensive. Conservation without money is conversation.

I am heartened by this momentous step forward, and grateful for the efforts of all of our supporters, as we progress towards safeguarding agricultural biodiversity – a true global common goods. We are delighted to be working with an ever growing number of different collaborators, from different sectors, as they join the Crop Trust in its mission to conserve and make available the diversity of crops needed to feed the world.

But the task is not yet complete. This unique and critical endeavor to safeguard the building blocks of agriculture continues. It is marathon, not a sprint.

Ameenah Gurib-Fakim, the President of Mauritius:

Safeguarding crop diversity, forever, is indeed a challenge - and a big responsibility -- in which we must all partake. I commend the governments, institutions and corporations that you represent - those who understand that only a sustainable, joint approach can guarantee the conservation of plant genetic resources.

An additional contribution from the Australian Government of AUD5 million, builds on our initial contribution of AUD21.2 million and demonstrates our confidence in the Crop Trust to continue to exhibit tangible results against its mandate to secure the future of our children and grandchildren by preserving the world’s major food crops.