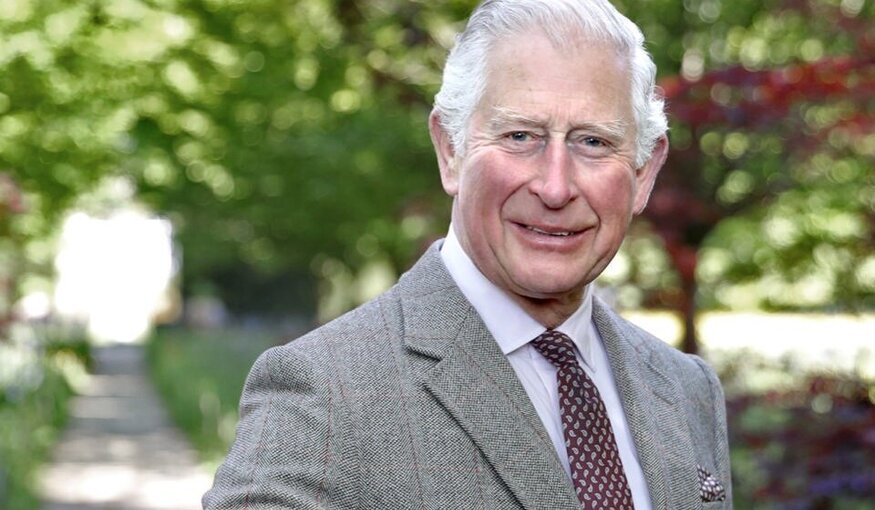 Prince Charles, Prince of Wales at Highgrove House on May 13, 2019 in Tetbury, England.

Hand-picked from the Wildflower meadow at Highgrove, the seeds represent plants that are disappearing from the UK landscape. They highlight the critical importance of biodiversity conservation in confronting the double impact of climate change and biodiversity loss facing our world.

LONDON (25 February 2020) - Seeds of 27 wild plant species from meadows at the Royal Gardens at Highgrove, part of the private residence of Their Royal Highnesses. The Prince of Wales and The Duchess of Cornwall, are being deposited today for longterm storage at the Svalbard Global Seed Vault in Norway. A duplicate collection will be kept at Kew’s Millennium Seed Bank.

The contribution from Highgrove is part of the largest seed deposit to be made since the Seed Vault's inauguration in 2008. Bringing to over one million the total number of samples placed in the facility so far, today’s deposit contains seeds from more than 30 institutions. This is the biggest and most diverse group to deliver samples of crop diversity all at once since the Vault’s first opening.

“I am delighted that seed from the wildflower meadows at Highgrove are to be safely stored in the Svalbard Global Seed Vault,” said His Royal Highness The Prince of Wales. “Ever since I first arrived at Highgrove 40 years ago this year, I have battled to preserve and protect the crucially important diversity of flora and fauna that ultimately sustains our survival on this planet. This is why I have also done my utmost to help maintain the increasingly rare seeds of heritage vegetables, or the rare native breeds of cattle, sheep, pigs, chickens, geese and ducks, or the countless threatened varieties of apples, pears and plums - all of which were being rapidly abandoned 40 years ago as a result of a fashionable obsession with monocultures of one kind or another.

It has proved to be an exhausting and often demoralizing task to persuade people of the utterly essential role played by all this diversity in maintaining vibrant, healthy  ecosystems that sustain both people and our planet.

It’s more urgent than ever that we act now to protect this diversity before it really is too late. Therefore the Seed Vault and seed banks around the world play a vital role in this critically important mission.”

The gardens at Highgrove cover an area of 15 acres and His Royal Highness’s wildflower meadow is around 4 acres. The meadow is home to thousands of wild orchids, of which seven different types are firmly established. The garden is organic and sustainable and works alongside nature. The seeds sent to Svalbard include UK native plants that are in decline due to the proliferation of modern farming  methods. Their preservation at Highgrove and now at Svalbard and Kew reflects the Prince's deep commitment to environmental sustainability.

“The contribution from Highgrove is important not only because of the seeds themselves, but because it sends an important message to the world about the critical importance of biodiversity conservation in confronting the impact of climate change and biodiversity loss," says Crop Trust Executive Director, Stefan Schmitz. “We’re excited that HRH The Prince of Wales is joining the growing ranks recognizing the urgent need to save our seeds—and our heritage.”

The delivery of such a large consignment of seeds is timely, given that 2020 is the deadline for fulfilling target 2.5 of the “Zero Hunger” Sustainable Development Goal (SDG 2), which calls for the international community to safeguard and share the genetic diversity of crops and livestock.

Underscoring the importance and urgency of this target, members of the Group of Sustainable Development Goals Advocates (the SDG Advocacy Group) took part in the seed deposit ceremony at Svalbard and also contributed to a seed summit on crop diversity for more resilient food systems.

The Advocacy Group is appointed by the UN Secretary-General and chaired jointly by Norway’s Prime Minister, Erna Solberg, and the President of Ghana, Nana Addo Dankwa Akufo-Addo. The purpose of the group, consisting of 17 distinguished individuals, is to raise global awareness of the SDGs and of the need for accelerated action to fulfil them.

One collection of HRH’s meadow seeds will be kept at the Millennium Seed Bank, whilst Kew scientists will take the other collection to Svalbard to deposit it on behalf of The Prince of Wales.

Dr Chris Cockel, Seed Conservation Scientist at the Royal Botanic Gardens, Kew said: “We are delighted to be able to bank this important seed collection from the gardens at Highgrove in the Millennium Seed Bank and at Svalbard. His Royal Highness The Prince of Wales is Patron of both institutions, and this is a brilliant opportunity for us to highlight our collaboration and the importance of meadow species to food security and pollinator services.”

Available for interview in Svalbard:

The Crop Trust is an international organization working to support crop conservation in genebanks, forever. Through investment income generated by its endowment fund, it provides financial support to international, regional and national gene banks, and the world’s backup facility, the Svalbard Global Seed Vault. The Crop Trust’s global patron is His Royal Highness, the Prince of Wales.

The Svalbard Global Seed Vault is a secure backup facility for the seed banks of the world. Many seed banks – while engaged in the vitally important work of seed conservation and use – suffer from inadequate funding, political instability or the risk of catastrophic natural disasters. The Vault provides secure storage for their seeds The Svalbard Global Seed Vault is the largest collection of crop biodiversity in the world. Located in Longyearbyen, Svalbard, the Seed Vault is owned by the Norwegian Government and operated under a three-party agreement between the Norwegian Government, NordGen and the Crop Trust. Depositors to the Seed Vault still own the samples that they deposit and only they can retrieve the material if required

The Royal Botanic Gardens, Kew is a world-famous scientific organization, internationally respected for its outstanding collections as well as its scientific expertise in plant diversity, conservation and sustainable development in the UK and around the world. Kew Gardens is a major international and a top London visitor attraction. Kew’s 132 hectares of landscaped gardens, and Kew’s Wild Botanic Garden in Wakehurst together attract over 2.3 million visits every year. Kew Gardens was made a UNESCO World Heritage Site in July 2003 and celebrates its 260th anniversary in 2019. Wakehurst is home to Kew’s Millennium Seed Bank, the largest wild plant seed bank in the world. Kew receives approximately one third of its funding from Government through the Department for the Environment, Food and Rural Affairs (Defra) and research councils. Further funding needed to support Kew’s vital work comes from donors, membership and commercial activity including ticket sales.

The SDG Advocates are 17 inspiring, influential individuals raising global awareness of the Sustainable Development Goals (SDGs) and the need for accelerated action.  The advocates include:

Image courtesy of Clarence House for the one-off use in conjunction with this press release.