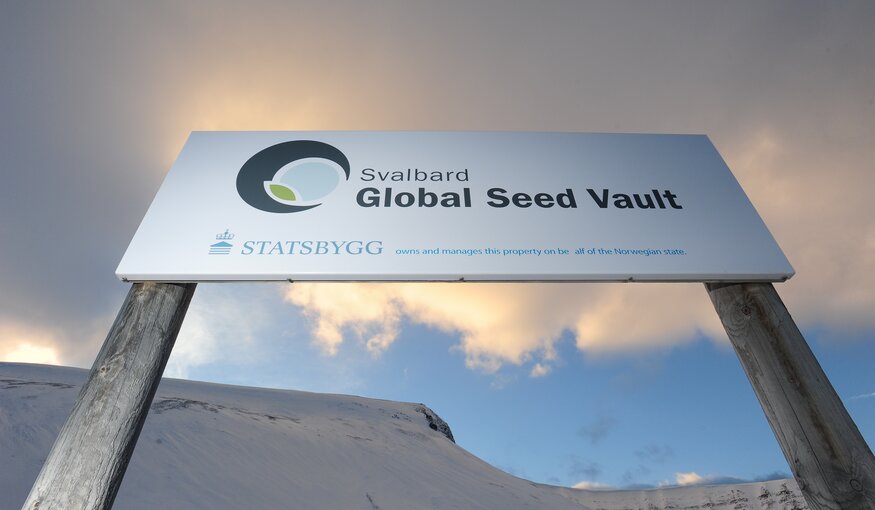 (SVALBARD, NORWAY – 26th February 2018) - The Svalbard Global Seed Vault will mark its 10th anniversary today by receiving shipments of over 70,000 crop varieties at the storage facility in Norway.

The deposits will take the total number of unique crop varieties received by the Seed Vault in the last decade to over 1 million. 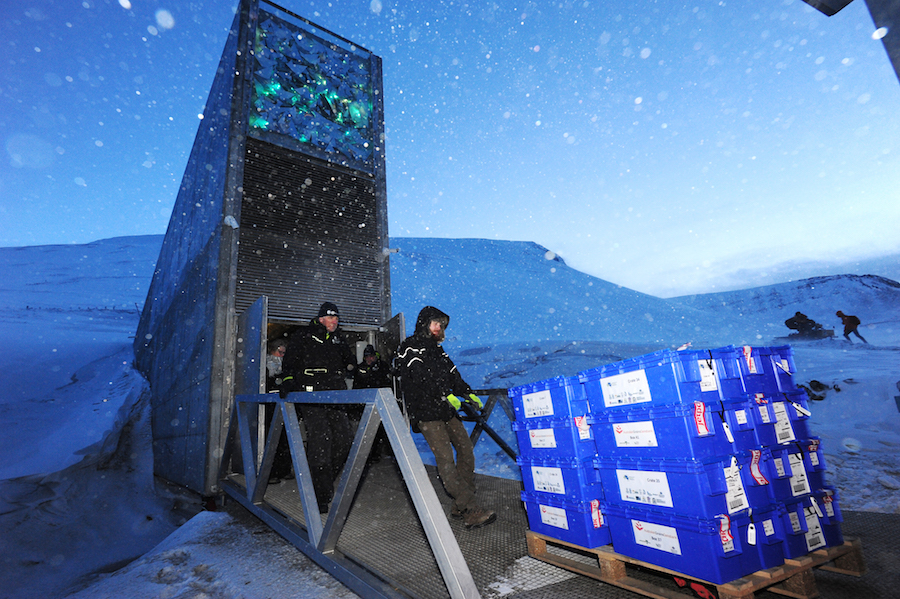 Depositors from seed banks around the world will brave sub-zero temperatures to deliver duplicate seeds of vital staples like rice, wheat and maize, to the Vault - housed deep inside a frozen mountain on the Svalbard archipelago. Other important crops like black-eyed pea (cowpea), a major protein source in Africa and South Asia, will be deposited, along with samples of sorghum, pearl millet and pigeon pea.

Several lesser-known crops will also make the journey to the Vault. These include Bambara groundnut, which is being developed as a drought tolerant crop in parts of Africa, and the unusually named Estonian onion potato, which will be deposited together with varieties of beans unique to the eastern European country.

Today’s event marks the largest number of institutions (23) depositing seeds at one time.

“The Svalbard Global Seed Vault is an iconic reminder of the remarkable conservation effort that is taking place every day, around the world and around the clock - an effort to conserve the seeds of our food crops,” said Marie Haga, Executive Director of the Crop Trust. “Safeguarding such a huge range of seeds means scientists will have the best chance of developing nutritious and climate-resilient crops that can ensure future generations don’t just survive, but thrive”.

The Svalbard Global Seed Vault first opened its doors in February 2008, as a backup facility for the world’s seed banks. It received deposits of over 300,000 different kinds of seeds in its first year and deliveries have continued several times a year ever since, from countries far and wide, including Australia, Burundi, Colombia, Germany, India, Japan, North Korea, Russia, USA and many others.

“The 10th anniversary is a major milestone for the Svalbard Global Seed Vault,” said Jon Georg Dale Minister of Agriculture for the Norwegian government, which jointly runs the facility with the Crop Trust and the Nordic Genetic Resource Center (NordGen). “It comes at a time when agriculture is facing multiple challenges from extreme weather and the demands of a world population expected to reach 10 billion people by 2050. This means it is more important than ever to ensure that seeds –the foundation of our food supply and the future of our agriculture – are safely conserved.”

Over the decade-long history of the Vault, only one institution has withdrawn seeds - the International Center for Agricultural Research in the Dry Areas (ICARDA), whose own seed bank in Syria became unable to operate due to civil conflict. In 2015 and 2017, ICARDA requested some of its deposits of wheat, lentil, chickpea and other crops, in order to re-establish its research and conservation work at sites in Lebanon and Morocco. It has since managed to duplicate and return thousands of these varieties to Svalbard. For that reason, as of today, the total number of unique crop varieties in the Seed Vault stands at 967,216. The total ever received by the Seed Vault – excluding withdrawals – is 1,059,646.

In 2017, work began on the outer part of the Seed Vault’s access tunnel to make it watertight, and prepare it for the likelihood of a warmer, wetter future. The seeds continue to be secure, and the Seed Vault remains the safest seed storage facility in the world.

Facts at a Glance

The Crop Trust an international organisation that is working to support crop conservation in genebanks, forever. It supports international genebanks, national genebanks and the world’s backup facility, the Svalbard Global Seed Vault. The Crop Trust allocates funds to support genebanks through the Crop Diversity Endowment Fund – a self-sustaining fund that generates investment income to support crop conservation. The Crop Trust is recognised as an essential element of the funding strategy of the International Treaty on Plant Genetic Resources for Food and Agriculture. www.croptrust.org. Like our Facebook page or follow us on Twitter.