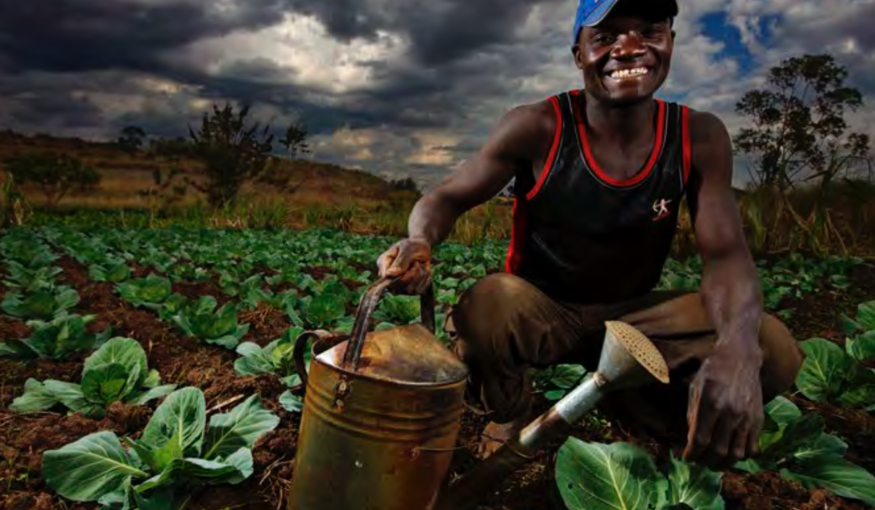 A new exhibition in the European Parliament will use stunning photography from around the world to illustrate the vital importance of preserving crop diversity.

Pavel Poc MEP – Vice Chair of the Committee on Environment, Public Health and Food Safety in the European Parliament – will co-host the exhibition with the Global Crop Diversity Trust, the international organisation devoted entirely to guaranteeing the future of crop diversity for the next generations.  As a former ecologist, Pavel Poc is committed to the preservation of biodiversity, and is a firm advocate of the Crop Trust’s work.

Founded ten years ago by the Food and Agriculture Organization of the United Nations and the international agricultural research consortium (CGIAR), the Crop Trust is spearheading a global campaign to secure funding for a network of international genebanks, in order to support the work of crop breeders and agricultural scientists to strengthen food security around the world.  A recent study co-authored by the Crop Trust found that the planet’s food supply has grown increasingly dependent on only a few crop types over the past 50 years. Climate change will affect the ability of these crops to thrive, and pressure will increase on the food system as the global population continues to increase.

The Crop Trust is aiming to raise a USD 500 million endowment by the time of its International Pledging Conference in 2016, increasing to a total of USD 850 million by 2018. Investment income from the endowment will guarantee the conservation of key food security crops by providing funding in perpetuity for the crop collections stored in international genebanks, such as those managed by CGIAR centres.  This will ensure that new crop varieties can be developed, which will be capable of thriving in the harsher and more unpredictable climates of the future. USD 170 million of the USD 850 million total has been raised to date.

Whilst global in scope, there are many ways in which the threats to crop diversity can impact Europe and individual nation states. Similarly, there are many ways in which European nations are playing a vital role in combating these threats. With so many people around the world relying on a shrinking genetic pool for their food, we are all interdependent for genetic resources.

To take an example, Belgium has played a fundamental role in helping to protect global banana supplies from a potentially catastrophic disease.  The vast majority of bananas eaten around the world – and upon which 400 million people rely for 15% or more of their daily calories – come from a single variety called Cavendish.  When a new strain of the deadly Panama disease threatened the Cavendish, scientists needed to turn to the genetic variety stored in genebanks to breed new resistant bananas.  Fortunately, the Musa International Transit Centre in Leuven, Belgium, operated by Bioversity with the Crop Trust’s support, holds the world’s largest banana collection, providing the raw materials needed to meet this international challenge.  A more resistant Cavendish relative has already been successfully trialed in the Philippines and researchers continue to collaborate on testing the collected banana diversity to find more sources of resistance to the new strain of the Panama Disease.

European states have already done much to support the Crop Trust’s work.  Germany is host to the Crop Trust’s Secretariat in Bonn and has already contributed over USD 11 million to the endowment.  Norway has built the Svalbard Global Seed Vault – the ultimate back-up for the world’s seed collections – and co-manages its ongoing operation with the Nordic Genetic Resource Centre (NordGen) and the Crop Trust.  In fact, Norway’s total contribution to-date is in excess of USD 82 million.  Selected other European countries have also made initial contributions. But there is a great deal still to be done in the lead-up to the Crop Trust’s Pledging Conference next year. The Crop Trust is urging countries large and small, as well as Europe as a whole, to come together and play their part in guaranteeing the world's crop diversity and food security for our future generations.

The exhibition formally opens on Monday 30th March at 18:30h at the European Parliament, ASP 3 Zone, Bar Area, with brief speeches by Marie Haga, Executive Director, Global Crop Diversity Trust and Pavel Poc MEP, from 19.00h. It depicts the challenges facing the world’s food supplies, such as drought and disease, and how the Crop Trust’s work is helping to safeguard the future of food security. The exhibition also illustrates how new crop varieties are bred with genetic resources from around the world, and how this interdependence shows that plant genetic resources are a global common good.

Speaking ahead of the exhibition’s opening, Pavel Poc, Vice-Chair of the European Parliament Committee on the Environment, Public Health and Food Safety, said:

Safeguarding agro-biodiversity is of vital importance to all 28 EU Member States, as it is to the world.  It is wonderful to see the European Union at the forefront of this international endeavour, but there is much more that the Member States and the European Commission as a whole can and have to do.

I strongly encourage everyone who has an interest in ensuring we are able to feed future generations to visit the exhibition, learn more about the critical work that the Crop Trust, an organisation founded on the basis of the International Treaty on Plant Genetic Resources for Food and Agriculture, is doing and take action to support it in achieving its goals.

I am immensely grateful to Pavel Poc for co-hosting this exhibition in the European Parliament.  Preserving crop diversity for the future requires cross-border collaboration, openness and a willingness to work together to achieve a common goal, all traits that are shared by this esteemed institution and its member countries.

If we work together - sharing knowledge, expertise and resources, and contributing our fair share to the cost of securing the future of crop diversity, we can rest assured that Europe’s children and the children of the world will be able to feed themselves no matter how uncertain the future may be.

I am pleased to support this exhibition on ‘Safeguarding Agro-Biodiversity for Future Generations’ organised by Pavel Poc MEP and the Global Crop Diversity Trust. It tackles one of the most pressing issues for Europe and the world as a whole, namely how to secure enough food for everyone in the face of climate change.  Crop diversity can play an important role in the work to achieve food security, reduce poverty by providing stable and adaptable livelihoods for farmers and adapt to the pressures of climate change. This is especially important this year, in the European Year for Development, where world leaders will agree new Sustainable Development Goals. The goal to end hunger is within reach, and sustainable agriculture and biodiversity are key to making this a reality.

Crop diversity represents a crucial challenge for our agriculture and the future of food production. I am pleased to support this exhibition, as the work of the Global Crop Diversity Trust puts in perspective the challenges and commitments to halt the loss of crop variety in the European Union, as outlined in the EU Biodiversity Strategy 2020 and in the International Treaty on Plant Genetic Resources in Food and Agriculture.