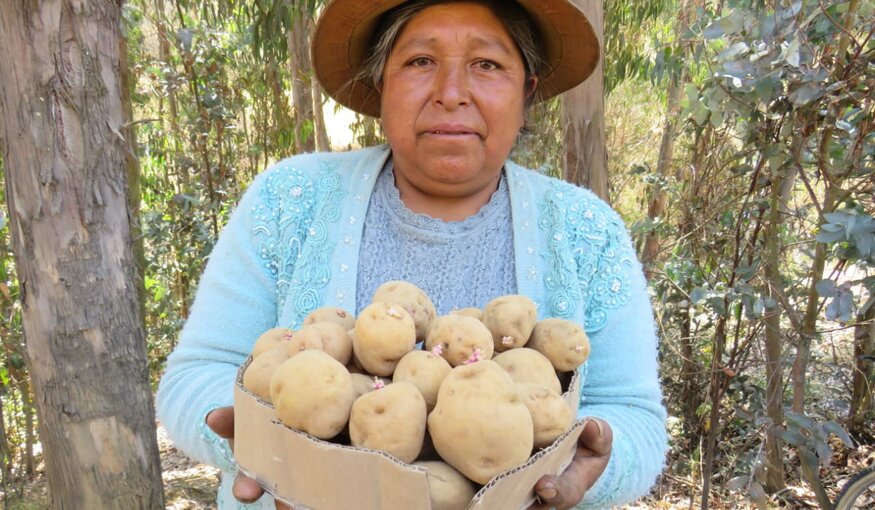 This World Food Day (16 October 2021), the Crop Trust and the International Potato Center (CIP) are announcing a new potato variety for farmers everywhere.

Developed by CIP with support from the Crop Trust’s Crop Wild Relatives Project, CIP-Matilde is an example of the potential of using crop wild relatives for breeding climate-smart varieties, an approach that could boost food production and support farmers' livelihoods across the globe.

CIP-Matilde is named after potato breeder Matilde Orrillo, who worked for CIP for 37 years and pioneered the center’s use of wild relatives in potato breeding.