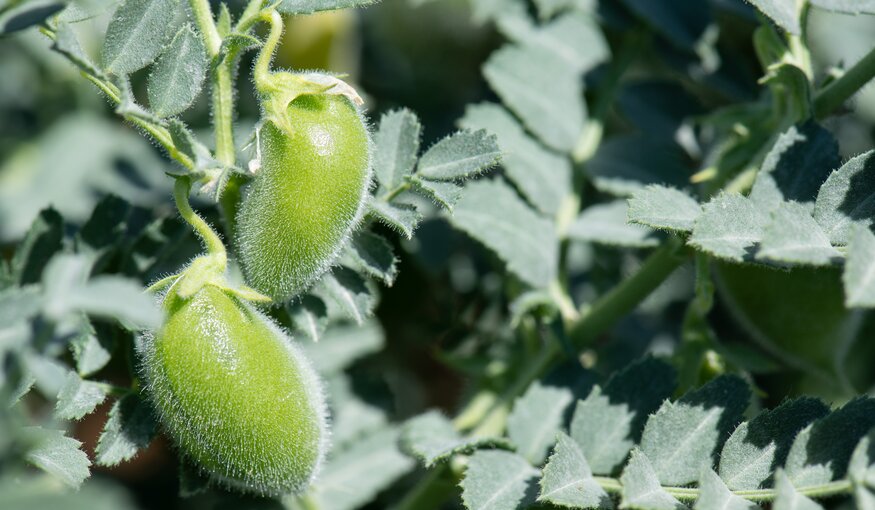 Chickpea is an excellent source of dietary fiber, with calcium and magnesium to boot, but new research shows we can do even more with the popular legume to combat malnutrition.

A study published in a special issue of Crop Science looks at boosting its nutrient content by crossing it with its wild relatives—hardy, weedy cousins of the domesticated plant. The research was supported by the Crop Trust’s Crop Wild Relatives Project (CWR Project), a global initiative to adapt agriculture to climate change.

The scientists involved are well on their way to producing new chickpea varieties that are even more nutrient-packed than the ones we eat today.

“Wild species, in general, carry many useful traits and thrive even in harsh environments,” says Shivali Sharma, the lead author of the study. “Transferring these traits into domesticated crops to make them hardier and more nutritious is a very cost-effective strategy for combating malnutrition.”

Chickpea, the main ingredient in hummus and falafel, is one of the most important legume crops, grown in about 60 countries across the Indian subcontinent, the Middle East, southern Europe, and North Africa. Cultivated for more than 10,000 years, this high-protein pulse contains many key vitamins and minerals.

About half of the global population don’t get enough essential micronutrients like iron and zinc in their diets, and conventional food supplements like multivitamin tablets are not affordable for many people in developing countries.

A more economic approach is to develop nutrient-rich crop varieties, known as biofortification. This helps breeders and farmers to reverse protein and mineral deficiencies while adapting agriculture to the realities of climate change. It’s an important way of contributing to the UN Sustainable Development Goal of achieving ‘Zero Hunger’ (SDG2) by 2030.

“Nutrient-rich crops are vital to ending malnutrition and feeding a growing global population under climate change,” says Benjamin Kilian, who leads the CWR Project at the Crop Trust. “The biofortification of chickpea through the use of wild species offers the potential to create a staple food crop that improves diets and prevents disease for millions of people, particularly in the developing world.”

Scientists at the International Crops Research Institute for the Semi-Arid Tropics (ICRISAT) in Hyderabad, India, studied the seed protein and mineral concentrations in wild chickpeas, members of the genus Cicer.

The ICRISAT scientists examined eight wild Cicer species from seven countries and compared their nutrient content to that of cultivated chickpea. They found enormous genetic variability among wild relatives and identified several plants that could be useful in chickpea breeding programs.

In particular, Cicer reticulatum and Cicer echinospermum plants from Turkey impressed researchers with their protein, iron, zinc, and calcium content. Both of these species are easily crossable with chickpea and can be used to develop improved varieties.

As for what’s next, Sharma is hopeful more work will be done to use wild relatives in chickpea breeding programs.

“Prior to this study, there wasn’t much information available on the nutritional content of wild Cicer species. Now, we can cross promising wild plants with domesticated chickpea to develop new varieties packed with more nutrients,” Sharma says. “The research we do with them brings us closer to a world where important crops can survive harsher environments and better nourish the communities that depend upon them.”

The next blog post in this series will cover research published in the recent special issue of Crop Science on sorghum.