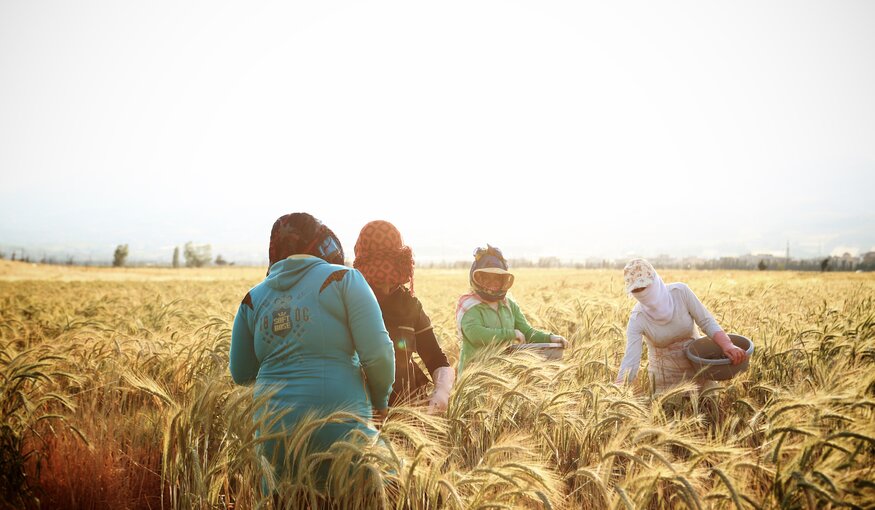 In honor of the International Day of Women and Girls in Science, the Crop Trust is highlighting some of our past interviews with talented women who work to conserve the world’s seeds.

Fulfilling the Crop Trust’s mission to ensure the conservation of the world’s crop diversity would not be possible without the vital work of dedicated scientists around the world. An increasing number of scientists in this field (pun intended) are women. They are leaders in a variety of areas, carrying out critical research on important crops, inspiring new generations of scientists and managing some of the world’s most important genebanks.

As we continue to address the problems in our global food systems and adapt agriculture to the effects of climate change, the need for talented, dedicated scientists to work in genebanks and other institutions that conserve plant genetic diversity will only increase.

Read on to learn more about the important work these women are doing. 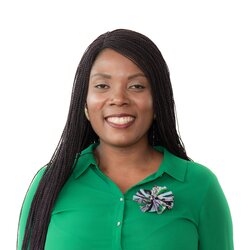 Beri grew up in a farming household in Cameroon and knows what it means to grow your own food, have a good harvest, a bad harvest or no harvest at all. Her career path was inspired by the agricultural extension officers who would visit her family's farm, sometimes in white lab coats, to provide expert advice. She realized that she wanted to study agriculture, to make farming more productive and sustainable for smallholder farmers. Beri earned an MS in agricultural science and resource management in the tropics and subtropics and is currently a Technical Specialist for the Crop Trust. She has coordinated crop wild relative (CWR) collecting projects in 24 countries and currently helps with the management of 19 CWR pre-breeding and evaluation projects. Read more about the work Beri has been involved in here. 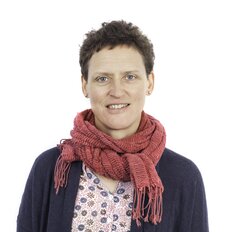 Charlotte hails from the United Kingdom and studied zoology and biological sciences at the University of Edinburgh. Prior to joining the Crop Trust, she worked at Bioversity International in France, the United Nations Environment Programme World Conservation Monitoring Center in the United Kingdom and the Jane Goodall Institute in Tanzania. As the Head of Programs and the Genebank Platform Coordinator, Charlotte leads the Crop Trust in overseeing the technical and financial management of the CGIAR genebanks. Charlotte recently moderated an expert panel featuring genebank managers and researchers at the GLF Biodiversity Digital Conference: One World–One Health. 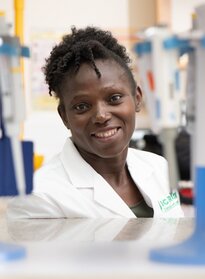 Damaris is a plant geneticist from Kenya and currently works at the International Crops Research Institute for the Semi-Arid Tropics (ICRISAT) office in Nairobi. As a child, Damaris saw how her father, a sugarcane grower, struggled with losing crops to drought and disease. This experience motivated Damaris to look for solutions. After gaining a PhD in plant genetics from the University of Bonn and carrying out research at the Max Planck Institute for Plant Breeding Research, Damaris is now leading a finger millet pre-breeding project. The project aims to re-introduce genetic diversity from wild relatives into the cultivated crop with the goal of improving finger millet’s resistance to environmental stressors like pests and diseases. Here is an interview with Damaris on the impact of the finger millet pre-breeding project.

After studying plant biology at the University of Iowa and working as a professor, Denise jumped back into research. She spent 12 years as a plant geneticist at the United States Department of Agriculture, working on maize genetics. A chance visit by a partner from the International Maize and Wheat Improvement Center (CIMMYT) led her to taking up the position of head of the CIMMYT genebank. The move proved a great success and Denise ended up spearheading many new crop diversity  initiatives at CIMMYT, including an effort to “rematriate” genebank seeds to the original donor communities. Denise recently took time out of her action-packed schedule to speak with the Crop Trust and share tales from her journey. 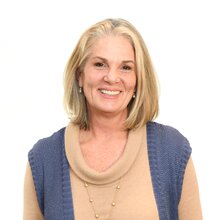 Janny initially became interested in science as a child when her father took her on excursions deep into the Colombian rainforest. Growing up in South America, she shared her home with a multitude of unusual plants and animals that her mother once described as “the most disorganized and fun botanical zoo'' in town. Her passion for the natural world eventually led to a degree in biology, followed by a doctorate in plant breeding and work at the International Potato Centre in Peru. As a Genebank Quality Specialist at the Crop Trust, Janny helps genebanks to improve how they manage and share their collections. She has also recently begun organizing a new monthly webinar series, GROW (Genebank Resources On the Web).  You can learn more about her work in this interview with Janny.

Jean was a recipient of the inaugural the Crop Trust Legacy Award and recently retired as the leader of the Forage Diversity Project at the International Livestock Research Institute (ILRI), which includes the genebank. In her long and productive career, Jean played key roles not only at ILRI but also earlier at then newly formed International Board of Plant Genetic Resources (now Bioversity International). Jean experienced many changes during her tenure at ILRI—from increasing gender equality in the field to rapid advances in technology. This interview with Jean recounts the tale of how she retired—not once but twice—from her stimulating career at ILRI. 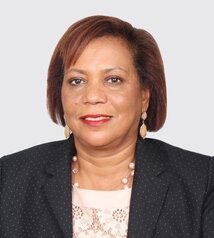 Maria is a champion of the Food Forever Initiative, a World Food Prize Laureate, and a sweetpotato researcher and breeder. After completing a PhD in plant breeding, Maria joined the International Institute of Tropical Agriculture (IITA) as a sweetpotato agronomist in southern Africa. After that, she became involved in a decades-long effort to increase the nutritional value of improved varieties of sweetpotato in Mozambique so that children can get the vitamins they need. Read her profile on the Food Forever website and listen to her recent talk at the GLF Biodiversity Conference as part of the Crop Trust’s session Food Forever: Biodiversity for Resilience.

After completing a bachelor’s degree in agriculture at the American University of Beirut, Mariana noticed that every time Beirut needed a plant taxonomist, an expert was invited from abroad. This realization of the need for domestic capacity in the sciences motivated her to pursue a PhD in plant biology. Today, Mariana’s research focuses on ex situ and in situ conservation of agrobiodiversity. Her current role involves managing the International Center for Agricultural Research in the Dry Areas (ICARDA) genebank in Lebanon and curating its rich and unique crop wild relatives collection originating in the Fertile Crescent. She was also involved in regenerating seeds from the ICARDA genebank in Syria that were safety-duplicated in the Svalbard Global Seed Vault, a fascinating story told here.

As a child, Marie Noelle spent holidays with her grandmother in Cameroon, a renowned farmer who taught her how to grow cassava, corn, sweetpotato, cocoyam and yam. She also learned early on about seed conservation. After an unforgettable experience cloning genes in Herve Sentenac’s lab at the National Institute of Agricultural Research (INRA) in Montpellier, Marie Noelle realized her path was in science. Marie Noelle is currently the Genebank Manager of AfricaRice, the largest rice bank in Africa. In this role, she navigated the tricky task of relocating the entire collection by road and air from its original locations in Cotonou, Benin and Ibadan, Nigeria, to a new facility in Mbe, Côte d'Ivoire. Read her story here. 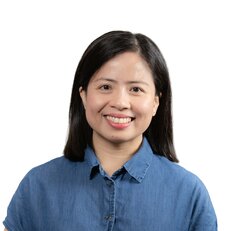 Nelissa’s interest in agricultural development was motivated by her work at the International Rice Research Institute (IRRI) on market analysis and impact assessment involving rice farmers in the Philippines. Nelissa received a Fulbright Scholarship in 2004 and a grant for early researchers in 2014 from the German Research Foundation. She was also recognized as a Young Rice Scientist at the International Rice Congress in 2014 for her work on rice price analysis. Nelissa joined the Crop Trust in 2015 and currently leads the work on monitoring, evaluation, and impact assessment of the Crop Trust projects and programs. In this interview, Nelissa discusses the Genebank Impacts Fellowship. 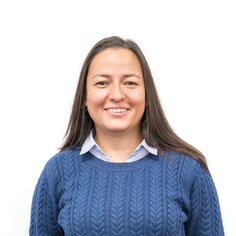 Nora has committed her professional life to the conservation of the world’s food crops and their wild relatives. She has been interested in seeds from an early age, when she was fascinated by their different shapes, sizes and colors. Nora previously worked for the International Center for Tropical Agriculture (CIAT). Before joining the Crop Trust, she was involved in several major projects, including modelling the potential distributions of more than 1,000 crop wild relatives species globally. Now, as the project manager for the Seeds for Resilience project at the Crop Trust, her focus is on national genebanks. In this interview with Nora, she discusses the project and its goal of supporting five national genebanks in Africa to improve their processes and facilities. 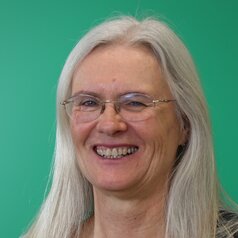 Paula has been engaged in advocacy for sustainable food production since her youth. She grew up on a farm in the United States, leading her to become concerned about the environmental impacts of agriculture. Though there were very few women in agricultural research at the time, that didn’t deter her. Over the course of her career, Paula has been a sorghum breeder at Kansas State University, a genebank manager at ICRISAT and a senior researcher manager at IITA. Paula joined the Crop Trust in 2012 and later assisted in developing crop conservation strategies, including those for coffee, apple, tea, millets, vanilla and bambara groundnuts. You can learn more about her work in this interview with Paula about saving tea.

Sarada is a renowned coffee genetic resources expert. Coffee is her family heritage—as indeed are agriculture and science in general. She grew up in India, where her family has owned coffee farms for many generations. The decision to pursue research on coffee, however, was influenced by a chance opportunity, as recounted in this Q&A with Sarada. For her doctorate, Sarada worked with Madagascar’s National Center for Applied Research on Rural Development (FOFIFA) genebank to compare the genetics of coffee safeguarded in the genebank with the same species in the wild. She is one of the authors of the Global Conservation Strategy for Coffee Genetic Resources, developed in 2017 by the Crop Trust in partnership with World Coffee Research. 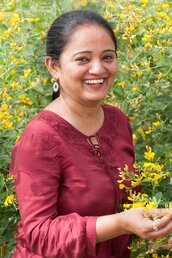 Shivali grew up in the foothills of the Himalayas in the northern Indian state of Himachal Pradesh, never thinking that one day she would be a highly respected plant breeder. But her grandparents lived in a farming community and she recalls thinking about how farming could be improved for the benefit of all. Shivali completed a PhD in plant breeding at Himachal Pradesh Agricultural University. After working as a rice breeder in the private sector, she joined ICRISAT in 2008. In 2012, she received the center’s Promising Young Scientist Award. She quickly rose to the challenge and fulfilled that promise to become theme Leader of Pre-breeding in 2016. Learn more about her research in pigeonpea pre-breeding in this interview. 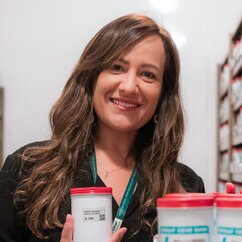 Vania first developed a love of genetics in high school and went on to study biology at the University of Brasilia. But it wasn’t until a chance encounter in 2010 that she became deeply involved in crop diversity conservation in genebanks. After a rewarding career working in plant genetic resources with the Brazilian Agricultural Research Corporation (Embrapa), Vania became the Head of Genebank at ICRISAT. In this interview with Vania, she discusses her past work, the current role of CGIAR genebanks, and her vision for the future. 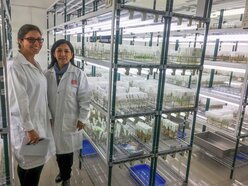 Vivian is a biologist who is passionate about molecular plant sciences, plant–pathogen interactions and the impacts of plant genetic improvement in low-income countries. She is currently a PhD Candidate in the School of Plant and Environmental Sciences at Virginia Polytechnic Institute and State University. She was selected as a recipient of the Crop Trust’s Genebank Impacts Fellowship Program in 2018 to document the transfer of potato germplasm from the International Potato Center (CIP) to farmers in Uganda. In this interview with Vivian, she explains how she measured the economic contribution of the CIP genebank in releasing an improved potato variety in Uganda.