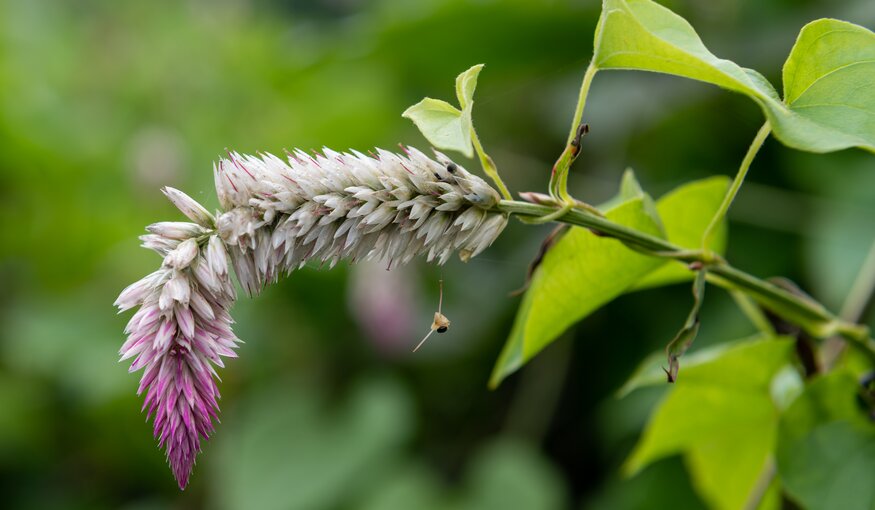 Crop diversity – without which we cannot adapt to the climate crisis, improve livelihoods and feed everyone adequately – was highlighted at the recent Global Landscapes Forum’s (GLF) Climate event. What can we do to protect it?

Risks to food and nutrition security posed by biodiversity loss, a rapidly changing climate, and global conflict were the focus of “Food Forever: Climate-proofing Our Food for Future Generations”, a session at the Global Landscapes Forum’s Climate event, which was held alongside the 27th Conference of the Parties of the UNFCCC (COP27).

With more than 60% of the world’s calories depending on just three crops: wheat, maize, and rice – all of which are vulnerable to biodiversity loss, the climate crisis and conflict – it’s clear we need to adapt our food systems.

There are many crops beyond wheat, maize and rice – often overlooked, neglected and even being abandoned in some places – which could enrich our menus, and provide a more varied and healthy diet. But even the major staples face threats of their own.

Speakers at the Crop Trust-hosted event discussed the challenges facing food systems, and some solutions – many of which are already showing results.

Here are three key takeaways from the event.

1. We must do more to protect crop diversity to climate-proof our food systems.

“The climate crisis is raging and has become a global security issue that threatens the world’s food supply – which is dependent on the world’s diversity of seeds,” said Stefan Schmitz, Executive Director of the Crop Trust. “These little seeds that have so much potential are under threat and their security is intrinsically linked to our own.”

The planet’s biodiversity, key in responding to past challenges, must be protected against climate change and other threats to preserve our food systems. And that includes the biodiversity of food crops.

“(Climate change) threatens all human activities…We need to make changes and adapt in terms of how we are controlling and utilizing our food systems,” said Jacobo Arango, Senior Scientist, Tropical Forages Program at the Alliance of Bioversity International and the International Center for Tropical Agriculture (CIAT).

“It is ever more critical that we identify actionable solutions. The time for action is now,” said Catherine Bertini, Executive Board Chair of the Crop Trust, emphasizing the need to adapt our agriculture to climate change and other threats.

2. Genebanks play a vital role in future food security – but they need funding.

To ensure our agriculture can face future challenges, including climate change, genebanks and crop breeding programs must be supported through consistent funding to ensure the diversity in their care is available to anyone who needs it.

“Farmers, particularly poorer farmers, are very aware of the problems created by climate change and for many, their genetic resources, their biodiversity, is a very important resource,” said Jean Hanson, Emeritus Fellow with the International Livestock Research Institute (ILRI).

There is lots of work being done globally to protect biodiversity. But perhaps not everyone is aware that crops have biodiversity too: farmers grow many different crops, and often many different varieties of each of their crops. But they can lose that diversity, and that can impact their nutrition and livelihoods.

The Crop Trust is among those working on the important challenge of not just conserving crop diversity,  but also making it available for use to farmers, plant breeders and other scientists. To do this, it supports stores of crop diversity around the world -- so-called genebanks.

The Crop Trust’s BOLD Project, for example, is strengthening the capacity of genebanks in the Global South, and also their links to seed systems – so that the diversity they conserve can get to the farmers who need it most.

“Food security, food production, starts with the seed … one of our major objectives is to ensure the conservation and sustainable use of the diversity that’s contained in the variety of seeds available to us,” said Kent Nnadozie, Secretary of the International Treaty on Plant Genetic Resources for Food and Agriculture (International Plant Treaty).

Nnadozie shared that the National Genetic Resources Center, the national genebank of Yemen, was the first recipient of the Emergency Reserve for Genebanks, a rapid-response funding mechanism established by the International Plant Treaty and the Crop Trust to support genebanks and their collections of crop diversity facing imminent threats.

The genebank received a new set of specialized batteries for solar power, essential to secure genebank operations in the face of Yemen’s frequent electricity cuts and erratic power supplies.

3. By safeguarding and using crop diversity, we are giving ourselves options to adapt our agriculture to new threats.

Many farmers are responding to climate change by diversifying to hedge against the failure of any single crop or variety.

“With industrial monoculture, you are actually shooting yourself in the foot because your crop is becoming more susceptible to pests and diseases,” said Sarada Krishnan, Director of Programs, the Crop Trust.

“When we think about food security, we should also think about nutritional security and the types of crops that are very important for Indigenous people, for local people and for poor people, who often rely on these and are growing them in their own home gardens,” said Hanson.

“We’re coming full circle and drawing on the vast intelligence and resources in local communities that are on the front lines of climate challenges and have such an important role to play,” said Simran Sethi, journalist, academic and moderator of the panel discussion “Food Forever”.

“Recently, we’ve been visiting several national genebanks to do some initial baseline studies for…the BOLD Project,” said Hanson. “It’s not only about conservation, but it’s also about use. What we found there is that genebanks are more and more working directly with farmers and Indigenous groups, who are coming to the genebanks and asking for some of their traditional crops which they’ve lost because of the big push to plant new improved varieties which tend to have given them more income over the years [but are now failing].

What can YOU do?

“Be bold and try [eating] different crops so you know what the world has to offer,” said Krishnan. “Trying those different cultural foods is so important and that will bring you an awareness of the diversity, the agrodiversity that exists in this world.”

“Everybody needs to diversify their food more and waste less. If we can improve the diversity of what we eat and reduce the waste from the food that we produce, then the world will be in a far better place,” said Hanson.